During Oscar and film industry awards season some of the year’s best works are highlighted but data loss threats behind-the-scenes can get in the way of a film’s journey to success.

Awards season and its culmination on Oscars night has us reflecting on the role data plays in modern film production. Like any other industry and most aspects of our lives data plays a pervasive role. Similarly, when data gets lost a major impact is felt on the long process from creative spark to cinema magic. We have done recoveries for customers working in many of the stages along the way from Hollywood writers and small indie filmmakers to cinematographers and studios looking for finished art after it is delivered from post-production.

There are lots of data loss stories out there from losing important storyboard pieces to data disasters happening before a studio pitch. Here are two of our favorite stories of movie industry data recovery wins.

The first is a light-hearted recounting of a data loss crisis at Pixar that happened while working on one of their Toy Story films. This gets our award for best animated data loss. 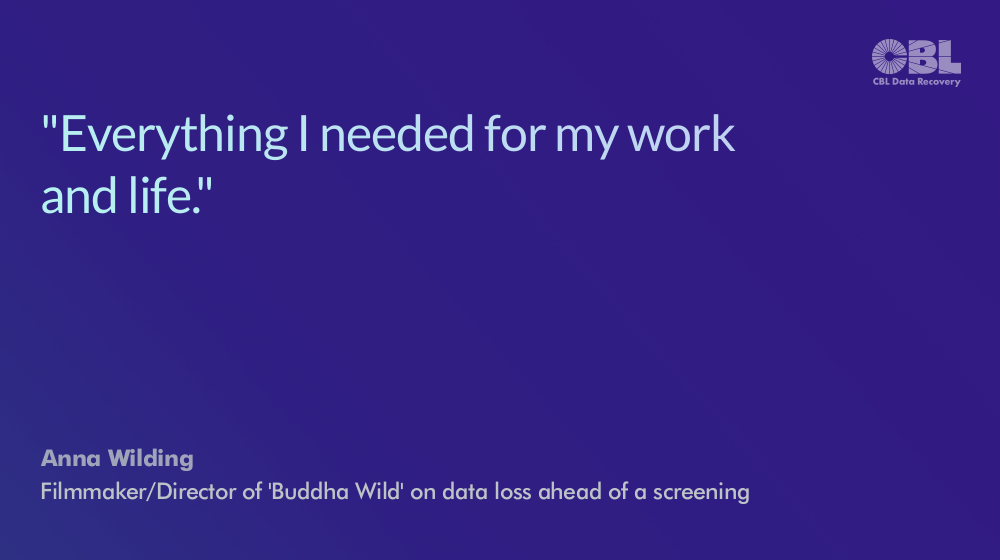 This second one is a throwback success story from our own data recovery lab. When a hard drive crashed en route to a film festival screening, three years of work hung in the balance. We don’t mind patting ourselves on the back a bit for this outstanding performance.

Read the data recovery case study on our website featuring testimonial quotes like this one pictured from director Anna Wilding.