As the year begins we look at trends in the digital storage world, projections for the market and technologies that will impact how data is stored and used in 2021.

HDD vs SSD: Time and Place

The main arena of digital storage involves hard disk drives (HDD) and solid-state drives (SSD) and the evolving markets and spaces where they are used. SSD prices are falling so they are more and more attractive for consumer PCs and taking an increasing share of the consumer market. Meanwhile, in enterprise land, HDD continue to be the choice for nearline (accessible/regularly used storage) and corporate uses. Data center spending saw an increase in 2020 due to the COVID-19 pandemic which contributed to a boost in HDD sales. This growth will continue but at a slowing rate as data center needs remain into 2021 thanks to demand for remote work and streaming. When it comes to digital storage there is a time and place for each technology. HDD and SSD are not so much battling it out for supremacy but rather trying to maximize their role in various application spaces as users and markets demand.

What makes HDD continue to be competitive with SSD is of course their capacities and cost per terabyte (TB) and keeping things progressing relies on constant technological advancements. Increasing their areal density, the amount of information that can be stored on a given disk surface area, is key, but there has been little improvement over the last number of years directly with gains coming via other routes. What has contributed to increased capacities is technologies like helium sealing that allows for the number of disks inside a drive to increase, and also various new strategies like heat-assisted (HAMR) and microwave-assisted (MAMR) magnetic recording that major manufacturers are rolling out. Seagate has launched a 20TB HAMR drive and both Western Digital and Toshiba are expected to issue their own products this year with similar technology. Toshiba researchers have also just recently used synchrotron radiation to get images of the magnetization of hard disk write heads for the first time at an astonishing one ten-billionth of a second precision. In analyzing the precise look at the drive physics they hope to discover future HDD capacity-boosting developments. Capacity increases are also forcing the need for technological solutions in adjacent areas. Storage sizes in drives are starting to outpace the rate that data can be accessed from HDDs. Too much data not being able to be accessed fast enough. Future enhancements are being worked on such as mechanics that utilize dual actuators to increase data transfer rates and avoid speed problems in storage systems. The application of technology to advance HDD storage capabilities from the way data is recorded to the way hard drive systems are arranged is the key to the magnetic mainstay’s continued relevancy.

Tape, another magnetic-based storage technology like hard disks, continues to see important use. As an inexpensive archival medium tape plays a role in major data centers and cloud systems where data doesn’t require fast access. With only a few manufacturers active around the world, increasing density continues to be the focus. In December, IBM and Fujitsu demonstrated a density for magnetic tape recording of 317 gigabits per square inch. That makes a whopping 580 TB possible on a tape cartridge only half-an-inch tall!

Solid state storage and flash memory continue to cement their status as primary features in a broad range of platforms from mobile phones to enterprise data centers. Increases in flash memory density means mobile devices enjoy higher capacities and a general oversupply of NAND memory technology on the market (the kind most used in mobile phones, SD cards, SSDs etc) means lower prices as well. It can’t come soon enough though. Higher resolution displays and faster wireless networks means richer content streaming and downloading continues to push the envelope for data capacity and speed. While the NAND flash memory type continues to grow as the standard for mobile and SSD new technologies such as 3D XPoint offering speed and performance boosts from Intel and Micron will see increased use as they hit the market also.

Where is all this stored data being used?

The systems and computing environments where data is stored are changing. Network-attached storage (NAS) continues to see a rise in popularity helping with the need to access media files, big data and AI datasets across larger storage volumes. Its counterpart Storage-area Networks (SAN) plays a role with large structured data stores like databases. The role of both of these is important as network computing continues to grow. Cloud and on-premises data center operations utilize different technologies. Rather than being in direct competition the use of storage and processing both on-site and at the network edge will become more common. Computational storage is another area developing to bring processing closer to where the data is stored. The reduction in time for processing and energy consumption is advantageous when dealing with large sets of data. This requires a fast interface such as NVMe (Non-Volatile Memory Express) which is the dominant choice for SSD technologies. Cybersecurity concerns continue to permeate IT interests at all levels including where and how data is stored. Strategies to prevent data loss due to ransomware attacks such as tape archive separation and ‘air gaps’ will be considerations to minimize impacts and risks as attacks also show no sign of abating as a choice for cybercriminals. Where data is stored and considerations for how it is being used and accessed securely continue to evolve with network storage strategies, cloud resources and computational storage technologies all playing a role in the upcoming year. 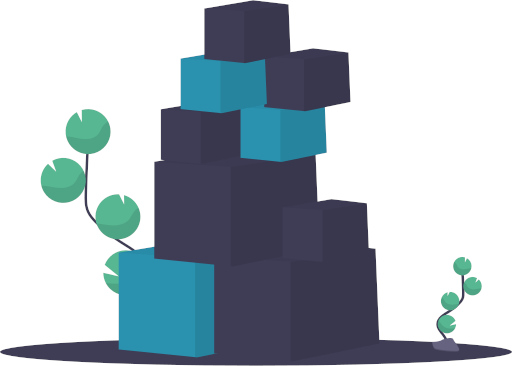 Demand for storage keeps going up as the amount of data being stored by the world increases and shows no sign of slowing down well into the future. The three digital storage technologies of hard disk, tape and solid-state drives are projected to keep growing with more and more of the primary usage turning to SSD in many applications. Where data is being stored with consideration for speed and capacity will shape how systems are designed from local networks to cloud and data centers keeping security in mind to protect valuable data. It looks to be a year of growth and evolution across many aspects of the storage world!