Gigabytes…Terabytes…Petabytes…Zettabytes… Naming new units of computer memory may be fun but once you venture beyond the volumes we see in our current digital landscape it becomes a bit informal. Keeping track of just how large the numbers are isn’t so easy either. How much big data is there in a Yottabyte? 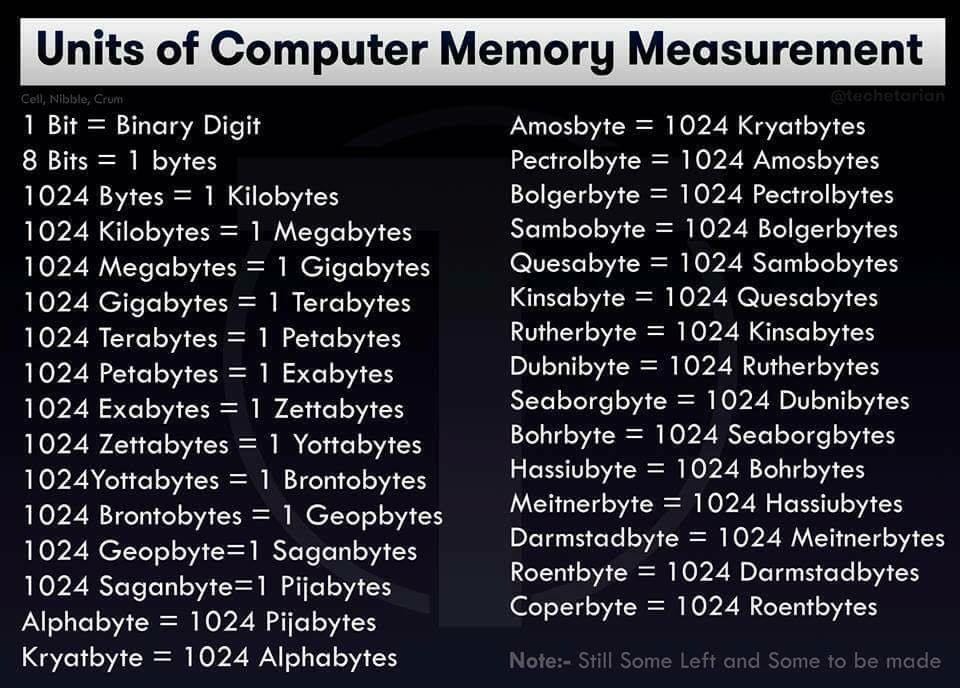 We have seen the above image being posted around social media from time to time. It’s a sort of reference table of computer memory unit sizes. From the little bits and bytes to megabytes and gigabytes we see familiar units of digital information. These are all defined in the International System of Units (SI) – or at least some of them are. Beyond the terabytes and petabytes that are also common in describing our data storage capacities the SI defines standard prefixes for the exponential sizes that follow, 1015 (peta), 1018 (exa), 1021 (zetta) and 1024 (yotta) and so those unit names come naturally. But after those, the names start to get slightly unofficial around Brontobytes and Geopbytes. For example, the Saganbyte, named after the popular astronomer Carl Sagan, was suggested by some fans as it was the next available option on the list with his name being a nod to an often used phrase of his “billions and billions” when discussing stars in the galaxy. In other words, an arbitrary designation with a loose relation to the namesake. The origin of many of the higher units mentioned in the list is hard to determine and their acceptance far from wide.

Besides their informal nature the unit names highlight another problem when dealing with large numbers. Names are fun but what’s harder to comprehend is just how big some of the capacities are. When dealing with large numbers (not just regarding data storage, astronomy provides another good example of counting stars, measuring distances in the galaxy etc) it is hard for humans to understand the scale and just how massive the amounts are. Some of the units like Exabytes and Zettabytes are mentioned when we talk about Big Data but even that topic has only become more common in the past few decades. We have also started to consider Petabytes more frequently with the rise of large-scale data centers and booming worldwide internet traffic. In fact any of these names have only ever come into use as our technological capabilities have advanced. No one was talking about Gigabyte-anything back when the first PCs arrived on the market! How do you get a sense of how much data these large volumes represent?

What we need is some real-world comparisons or at least an analogy to get a better sense of the magnitudes. A yottabyte is 10 with 24 zeros after it. Twenty. Four. What does that mean? We listed some comparisons to give you an idea! 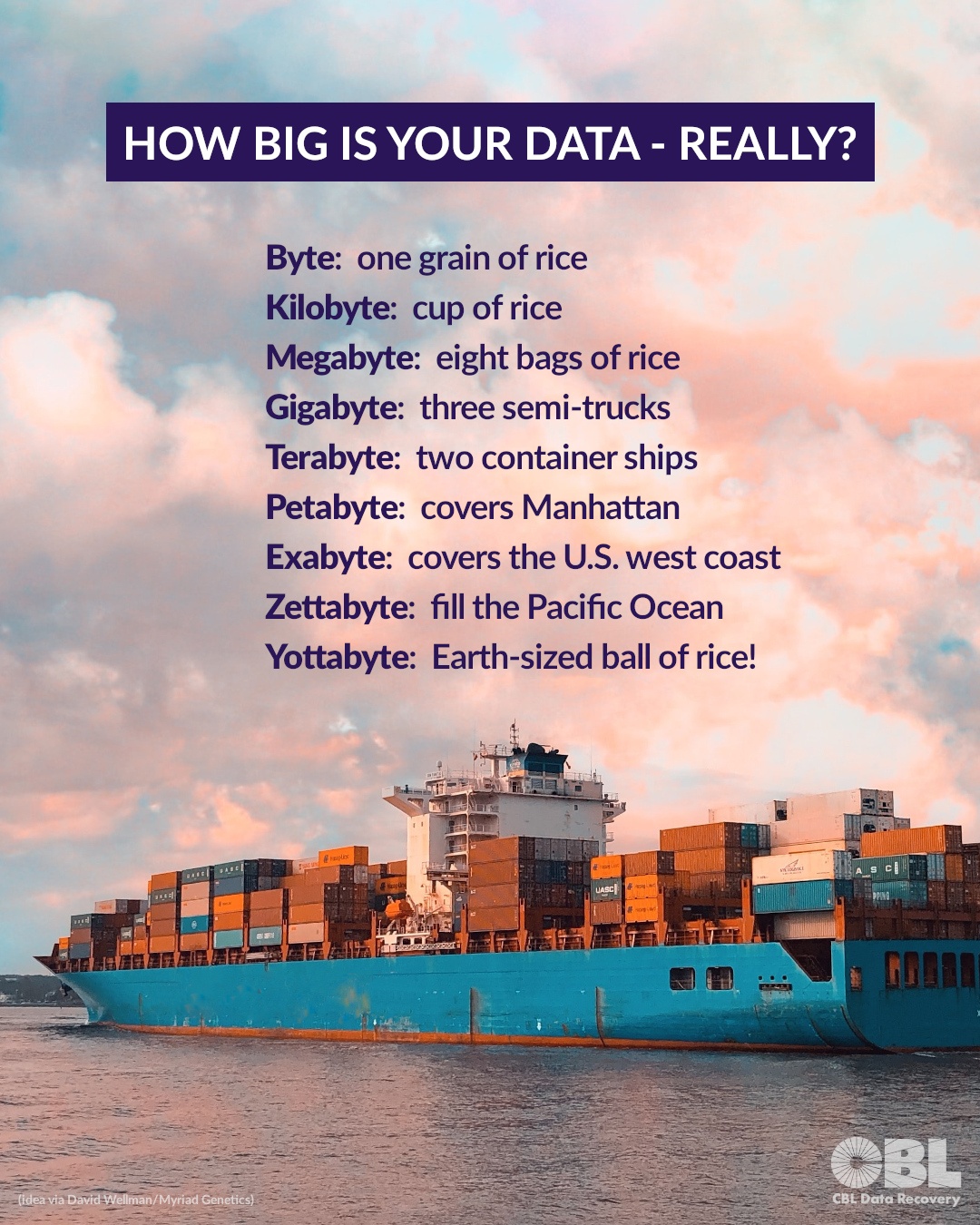 Yes, at the higher end of the scale even coming up with comparable items doesn’t really help – but these are real data volumes that are out there right now! Well, maybe not yet Yottabytes. The world’s total data storage is around 33 Zettabytes right now.

As always, when bits, megabytes, gigabytes, terabytes and beyond are lost — we’re here to help.