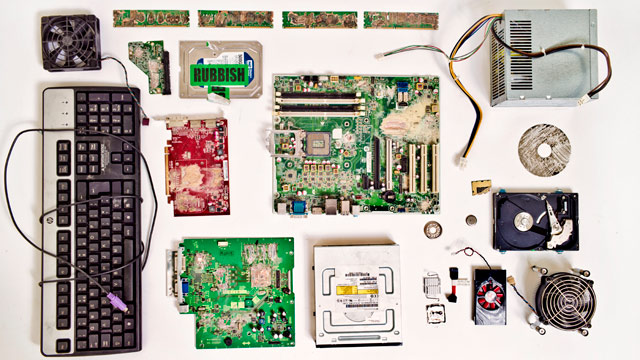 Back in July during peak moments of the Edward Snowden NSA leak scandal explosion around the world, the UK’s Guardian newspaper was embroiled in a battle with government about the information in the paper’s possession. Government officials and the GCHQ spy agency threatened injunctions against the paper. Finally staff decided they had to destroy all the computers to prevent their journalists being carted away and measures being taken against the paper. In the Guardian HQ in London, as British spy agency technicians watched, editors took the step of destroying hard drives and computer equipment containing the leaked information. They did this with the help of drills and grinders to make sure everything was destroyed. Footage of this happening has just surfaced.

This is surely one of the most high-profile data destruction cases we have ever seen. An example of extreme measures too, as every bit of technology, not just hard drive platters, is scratched and broken to exemplify the job being completely done. Just another example of the surreal heights this unprecedented case has reached.

Update: Apr 2
Interestingly enough, adding to this saga – the hardware is now on display at the Victoria and Albert Museum of art and design.